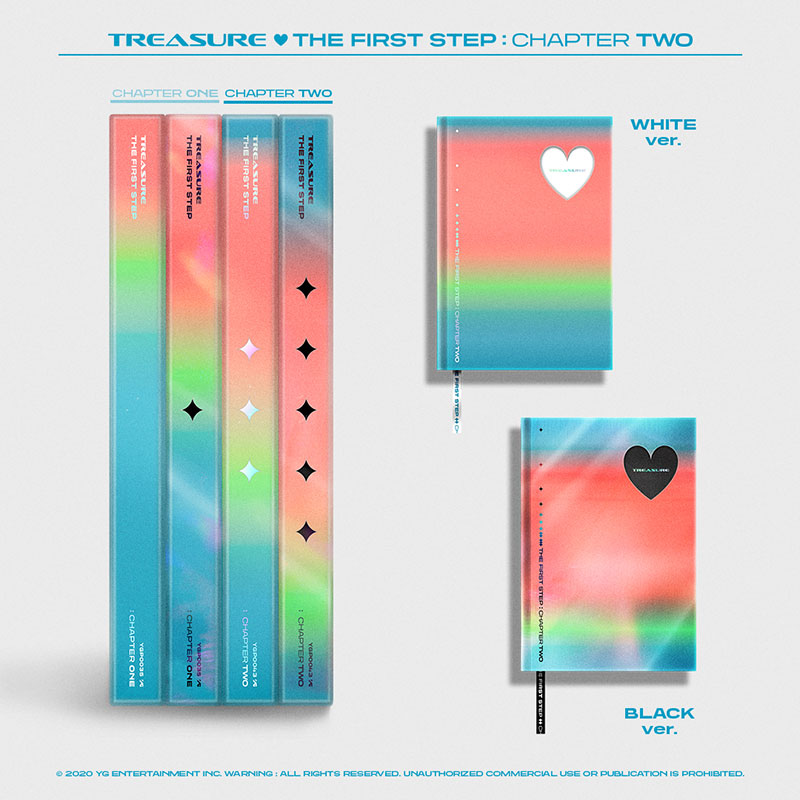 While YG's rookie boy group Treasure has set off a successful debut with their first single [THE FIRST STEP: CHAPTER ONE], their next move is also unusual.

In the first chapter, if the first moment of love was expressed through the title song 'BOY', this time it was upgraded even more. The second single [THE FIRST STEP: CHAPTER TWO] presents a thrilling feeling with a visual that doubles the refreshing feeling along with the intense boy's passion and innocence.

Addictive music, splendid performances, and various special moves of the 12 members that catch the attention of global fans. It boasts a high degree of perfection as it has all three beats.

1. I love you (I LOVE YOU) From the
name of the song, it is straightforward. As much as he fell in love, he expressed the feelings of a boy who imitates even the smallest details of the other person without filtration. It is a dynamic dance pop song with unexpected twists and turns, and you can feel the rush of emotions as if riding a roller coaster. It features an exploding brass line along with the 808 bass. In addition, the phrase 'I love you' that sticks in my ears is repeated, adding to the addiction.

2. BLT (BLING LIKE THIS) The
genre spectrum was broadened by adding a bit of retro to the future house. It contains the content of going back to the shining moment like the lyrics of 'Bling Like This' in the frozen time in my heart. It is a metaphorical interpretation of the desire to regain time and memories along the path created by the Milky Way and starlight that brightly illuminate the darkness.